Linda Nochlin’s influential essay “Why Have There Been No Great Female Artists?” (1971) has created a new awareness of gender discourses and their conditions. It seemed as if the history of art had changed since then: Institutions dedicated to the education of artists and art historians reformed their curricula and established new focal topics: In Germany, Austria and Switzerland alone, seven dedicated art historians’ conferences took place between 1982 and 2002. For European art history, these forums have provided important impulses beyond institutionalised power relations and habitualised discourses, created new networks and led to a higher awareness of gender in academia.

Art historians of the following generations were also able to successfully distinguish themselves in professional fields of practice in museums, exhibitions or galleries, in the art trade or in the preservation of historical monuments; others flourished in the field of journalism.

There is, however, one exception with serious consequen- ces: Among chair holders at universities, i.e. those that shape and determine notions of validity in the academic field, women have remained rare, especially in German-speaking countries. This persistent “gender gap” must be recognized as all the more drastic as women have been in the majority among students for several decades. Inequalities in gender relations at key junctures in the German-language history of the discipline can be traced back a long way: In comparison with other disciplines, this begins early and forms - for example, with Wilhelm Waet- zoldt’s “Deutsche Kunsthistoriker” (1921/1924) - a male-focused narrative, to which Ulrich Pfisterer’s “Klassiker der Kunstgeschichte” (2007/2008) still seems to adhere: among 40 reconstructed careers of art historians, not a single example of a female career can be found in this anthology, while half of the contributing authors are female. Women who were and are active in this academic field hardly seem worthy of research, not even to themselves. A subject history that includes all genders has remained a significant gap. This conference aims to systematically examine the places and fields of activity of art historians in German-speaking countries, as well as internationally, and to ask about their conditions. In accordance with the curia structure of the association, we welcome contributions related to the four sections of professional practices: University, Museum, Preservation of Monuments, Liberal Professions (including: galleries, art trade, journalism). Only by comparison can the discrepancy between gender-exclusive canonisations of subject historiography and a more gender-conscious professional practice gain greater visibility. Today, Nochlins’ question about the reasons and consequences of lacking gender awareness must be re-phrased and asked once again - with different conceptions of the subject:

“Why have there been no great not-male art historians?”

Because, without a doubt, there have been and there are. We are looking forward to receiving applications for 20-mi- nute contributions (in German or English) from all professional fields by 31 January 2021. Participation will be confirmed by the end of February 2021 at the latest. Please send abstracts (max. 400 words) and short CVs by e-mail to:

Travel costs and accommodation of the speakers can be supported by VöKK in accordance with the grants received. A publication of the conference contributions is planned. 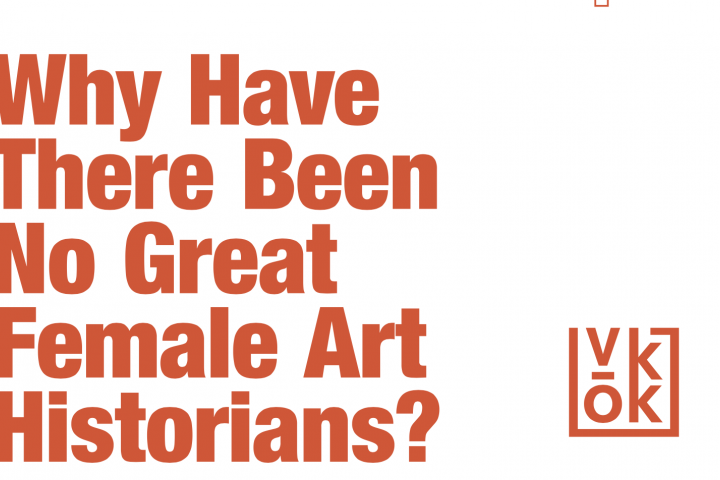